Nadia Bulkin writes stories, thirteen of which appear in her debut collection, She Said Destroy (Word Horde, 2017). Her short stories have been included in editions of The Year’s Best Weird Fiction, The Year’s Best Horror, and The Year’s Best Dark Fantasy & Horror. She has been nominated for the Shirley Jackson Award five times. She grew up in Jakarta, Indonesia with her Javanese father and American mother, before relocating to Lincoln, Nebraska. She has a B.A. in Political Science, an M.A. in International Affairs, and lives in Washington, D.C. 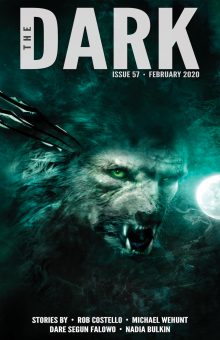